Silent Yoga Disco: Flush Out The Noise Of The World

Silent yoga is a new phenomenon growing popularity in New York and LA. As an unexpected twist, Dallas Fitness Ambassadors are brought it to DFW! The Dallas Fitness Ambassadors just celebrated our 1 year anniversary this past month and it was a blast. The event was held at the new Jadewaters pool area in the Hilton Anatole. Dozens of ambassadors and supporters arrived, excited to see what was in store for the evening. The details of the event were hush hush because we didn’t want the word to get out on the silent yoga disco! When everyone saw the light up headphones, their jaws dropped and you could see the curiosity in their eyes as they approached. Little did they know that was just the beginning of what we had in store! 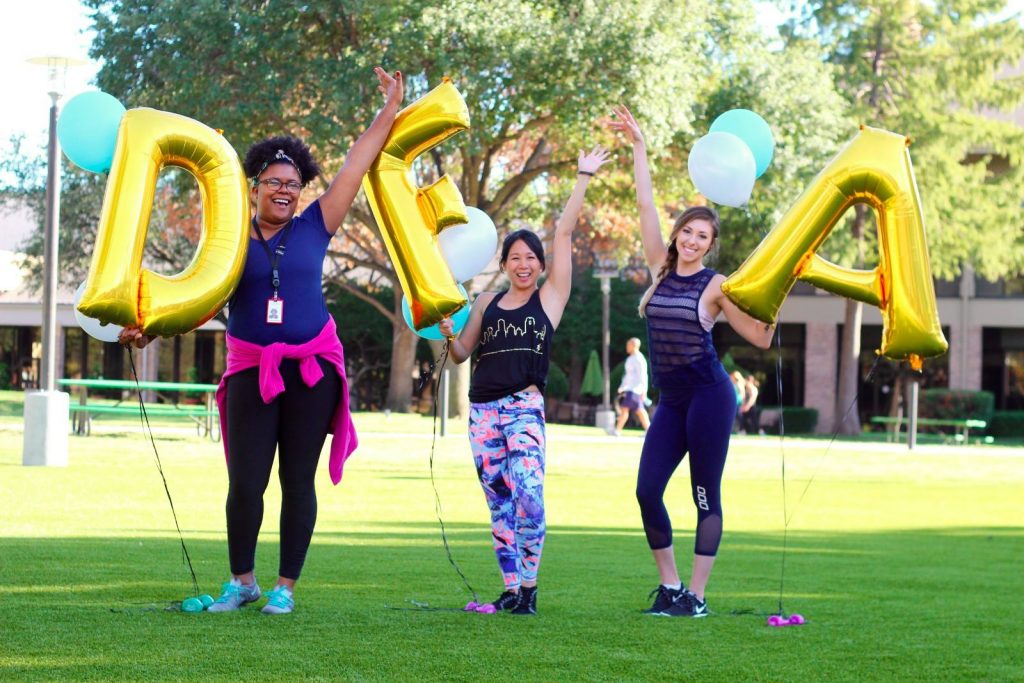 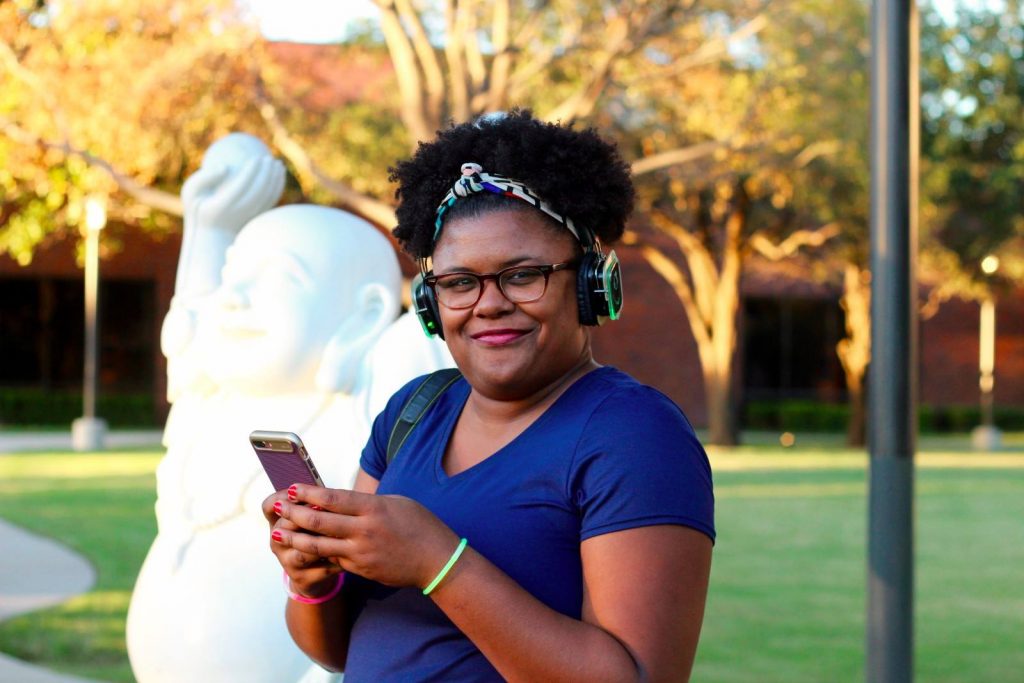 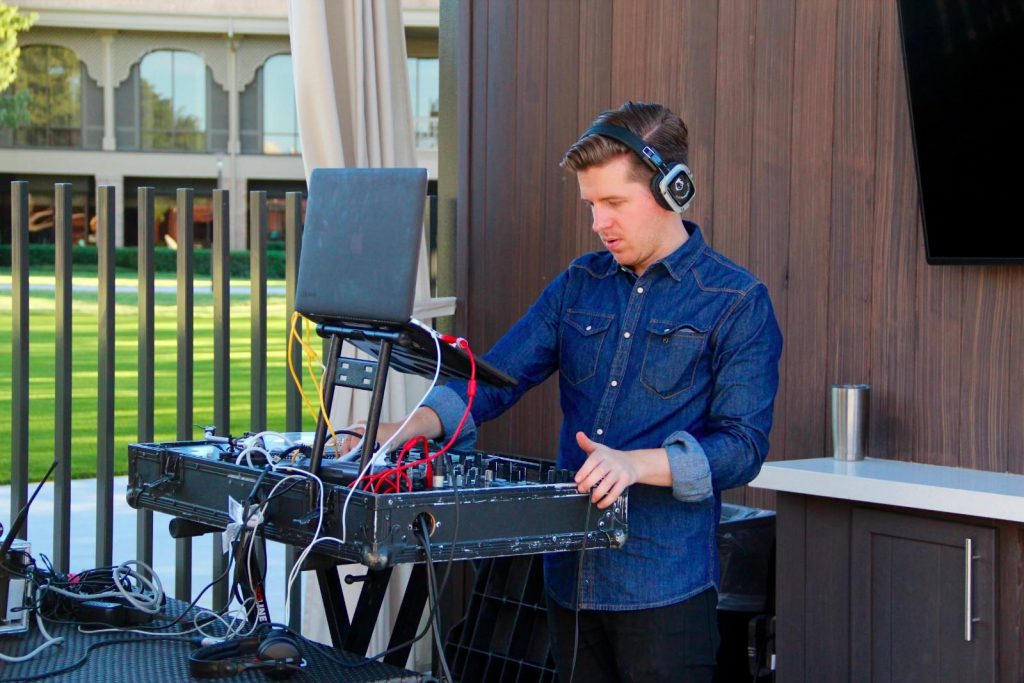 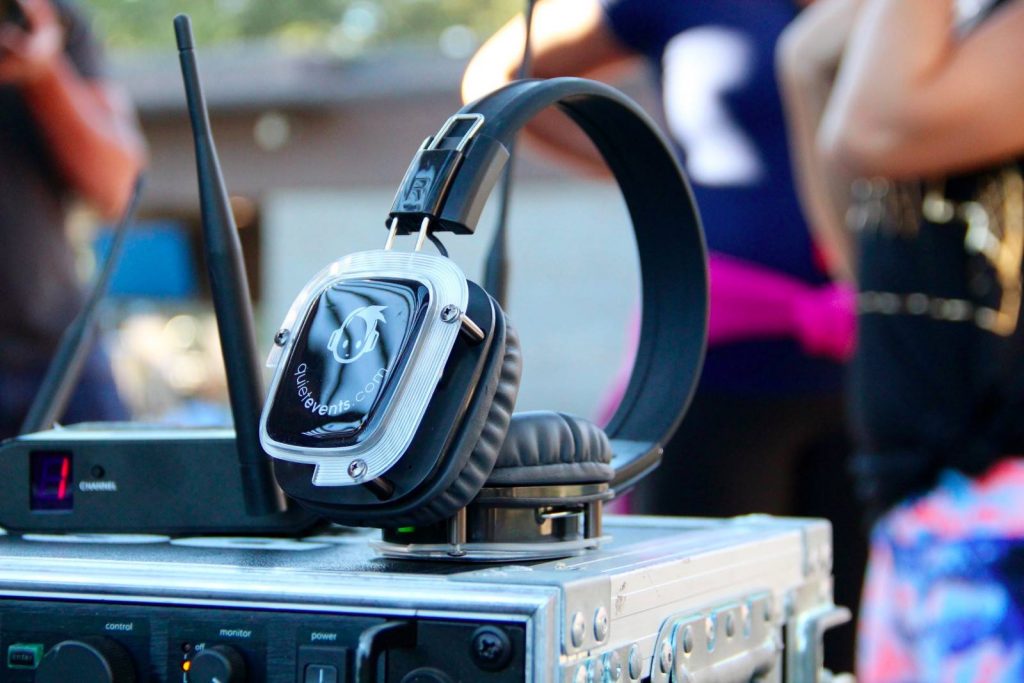 The yoga session was taught by MJ from Core Power. He lead the group through a fusion yoga class that included some cardio and barre! Everyone was dripping sweat by the end of the class. But hey, at least they worked up a sweat for the reception afterwards! 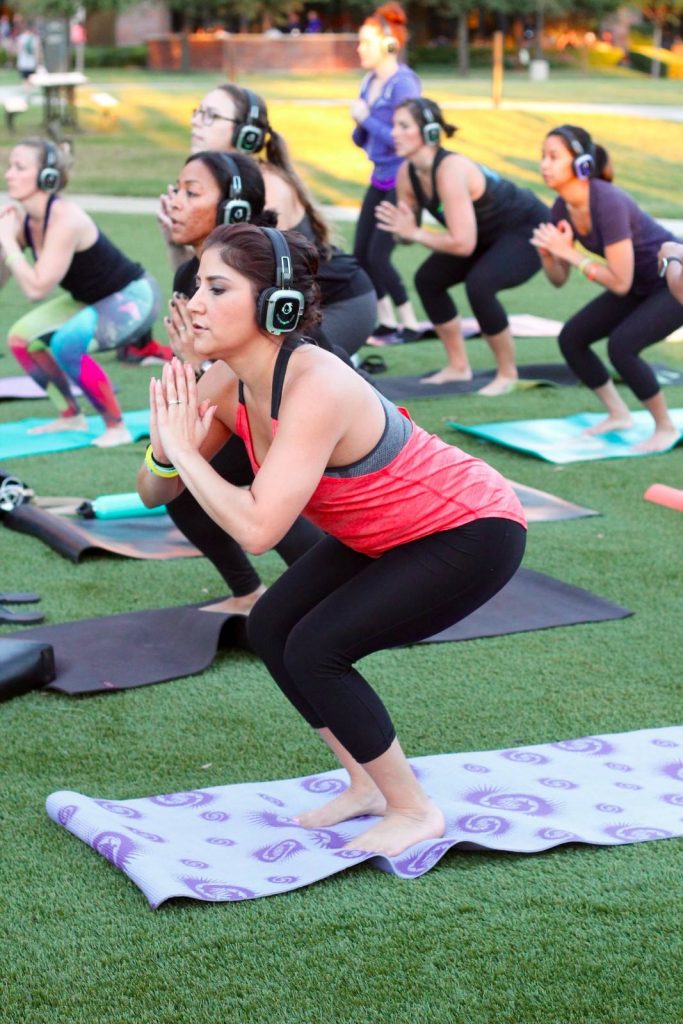 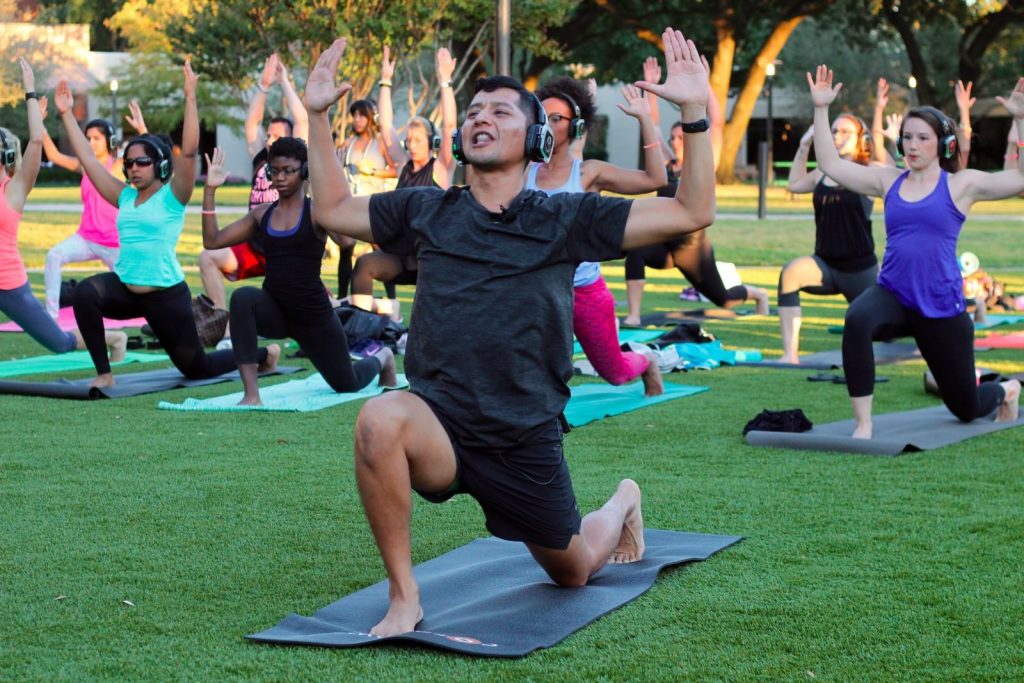 Our mission as Ambassadors is to create a community of like minded people, with the goal to share the fit lifestyle. We are here to connect with Dallas fit leaders to make our city a destination sweat city. We are still riding the high from this special silent disco yoga event last night. #silentyoga #yoga #dallasyoga

A photo posted by Dallas Fitness Ambassadors (@dallasfitnessambassadors) on Sep 30, 2016 at 10:27am PDT

Still on a high from the @dallasfitnessambassadors amazing 1 year anniversary event. Silent Disco Yoga was an amazing experience but I expect nothing less when @deepfriedfit and @gingermarieblog are involved! These ladies are doing things in a major way to change the Dallas fitness scene. Hope you guys are ready! ?@dallasfitnessambassadors #FitnessBlogger #DallasBlogger #FitMom #DallasFitnessAmbassadors

After the yoga session, everyone turned in their headphones and headed over to Jadewaters for a poolside reception. In addition to the gorgeous venue, Hilton provided some tasty snacks and skinny watermelon margaritas! I only wish I had pictures of the two guys that helped us with everything we needed for the event. Their dancing skills are legit and definitely made it a party! 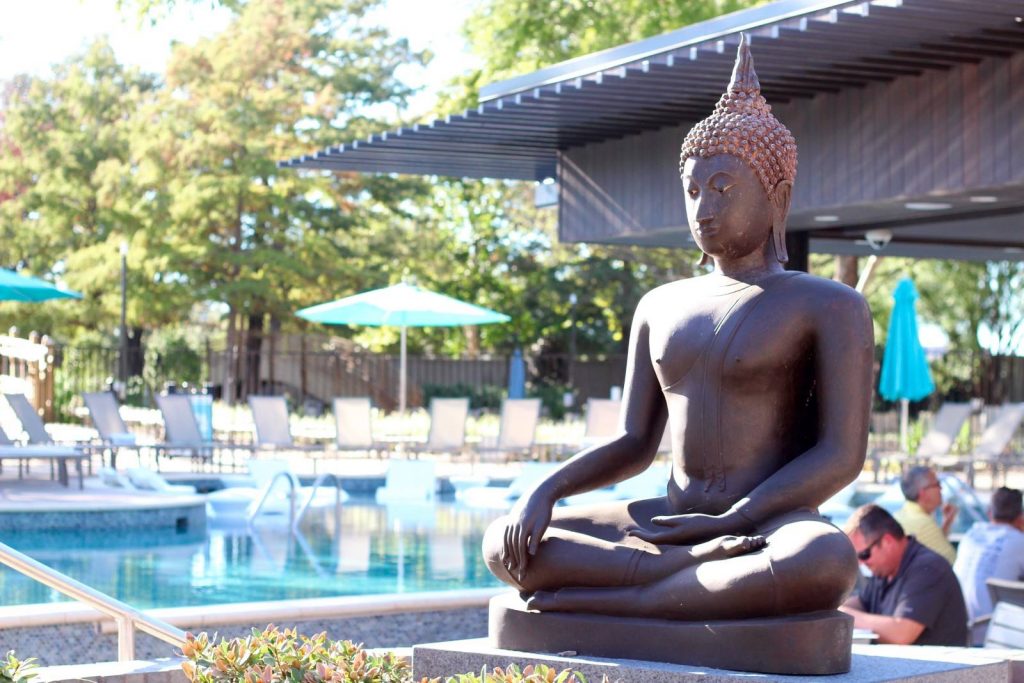 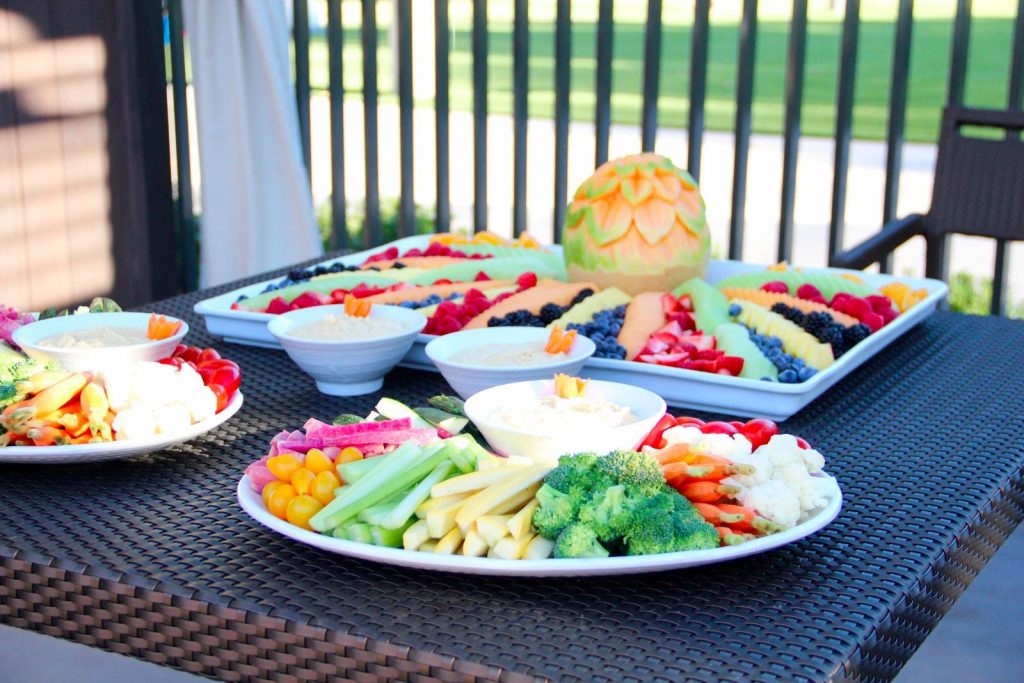 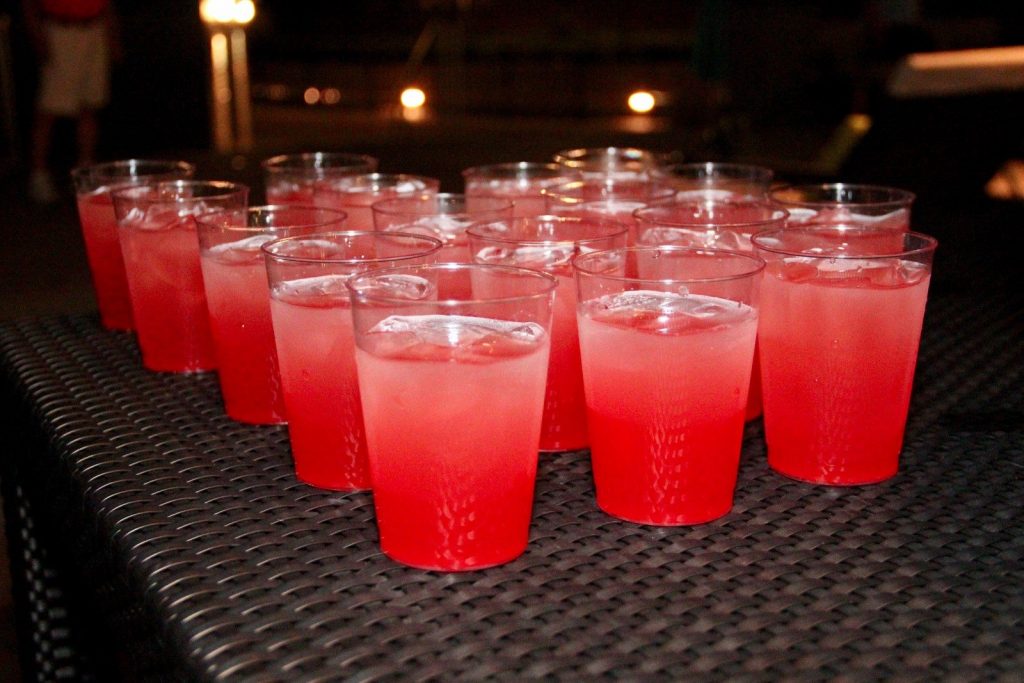 Muscle Milk was a part of the event and set up a tasty smoothie station! They event threw a fun contest for attendees to shoot some cute pics of their tasty shakes! 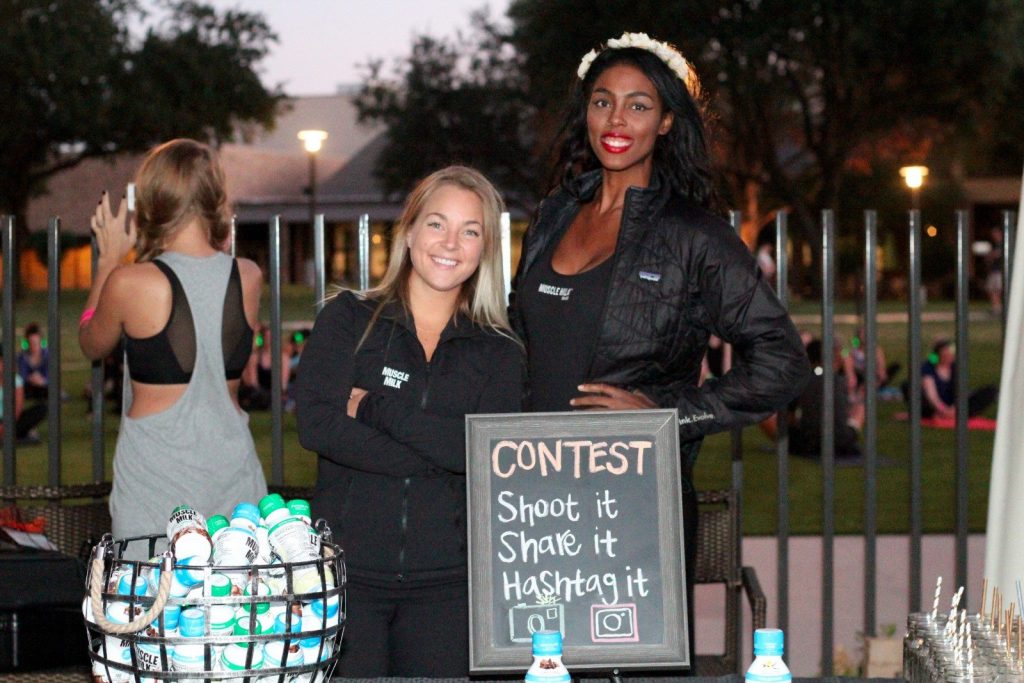 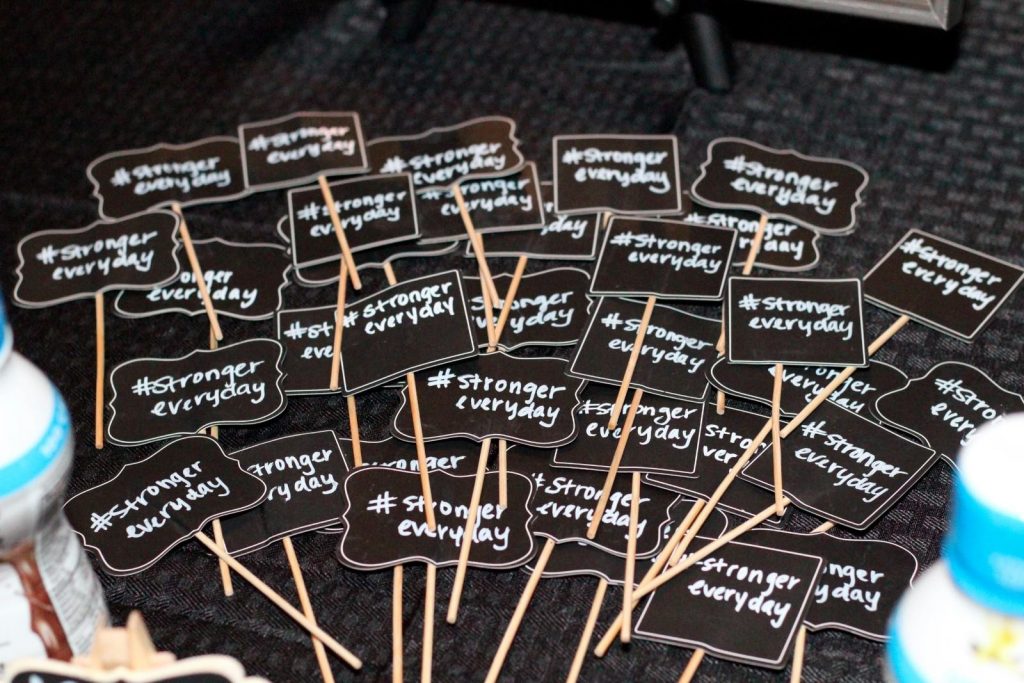 The Skin Studio came out and gave everyone relaxing facials, which was must needed after the sweaty yoga session. Side note – I almost fell asleep this facial was so good! Oh, and they travel and do events all over DFW so hit them up if you’d like to add something special to your next soiree! 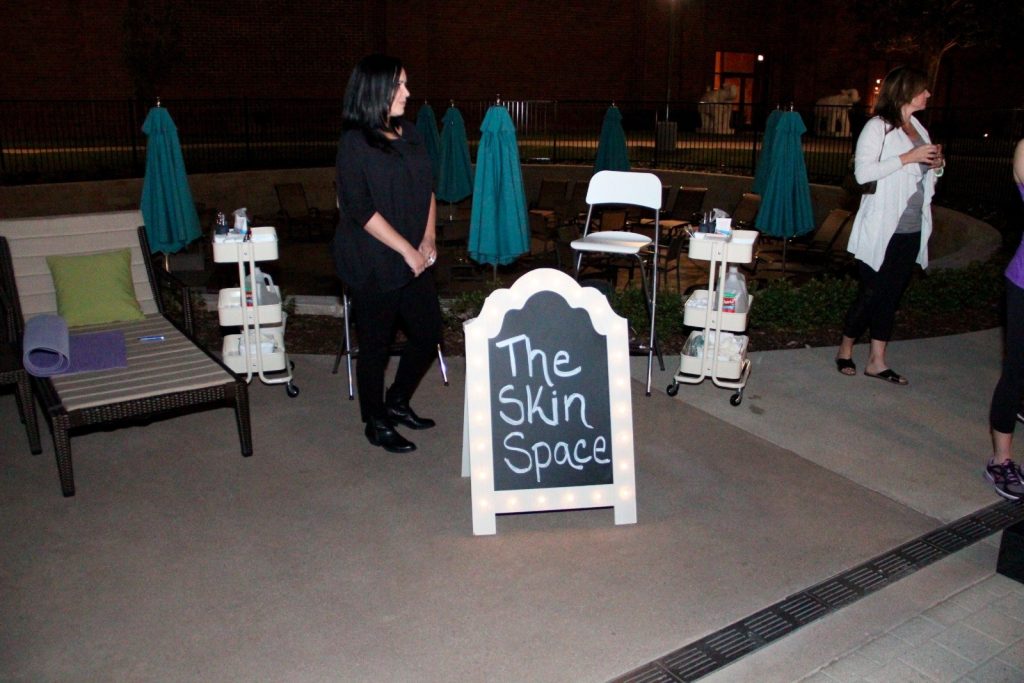 What’s a party without some dessert? We celebrated in style with cupcakes and cookies from Unrefined and Society Bakery! We had absolutely no leftovers! The cupcakes were gluten-free but you never would have known if I didn’t tell you. They were DELICIOUS! 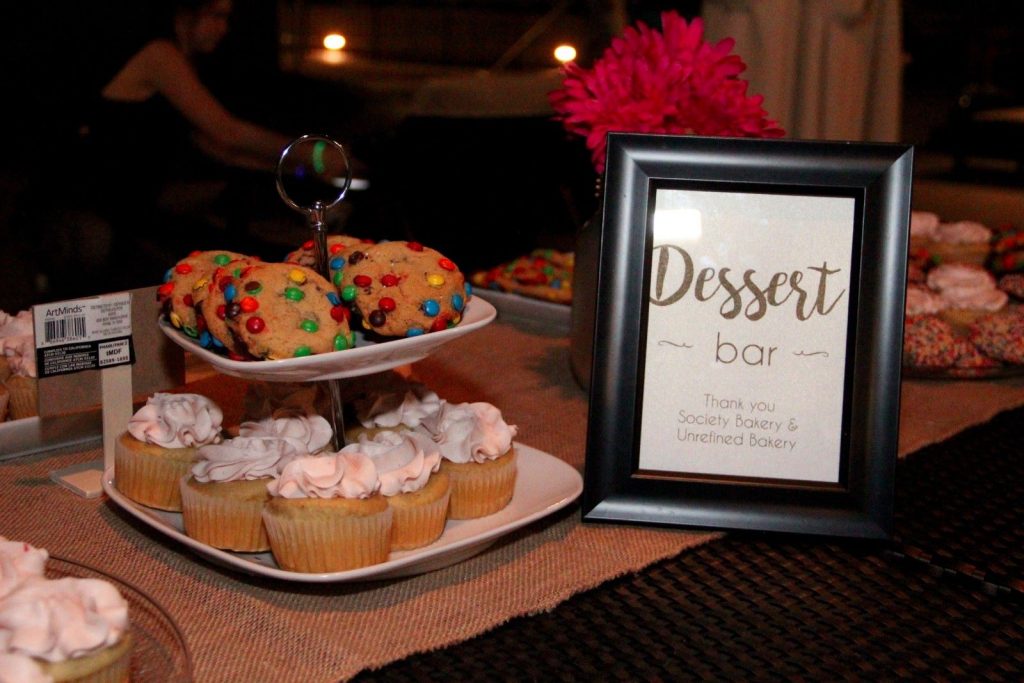 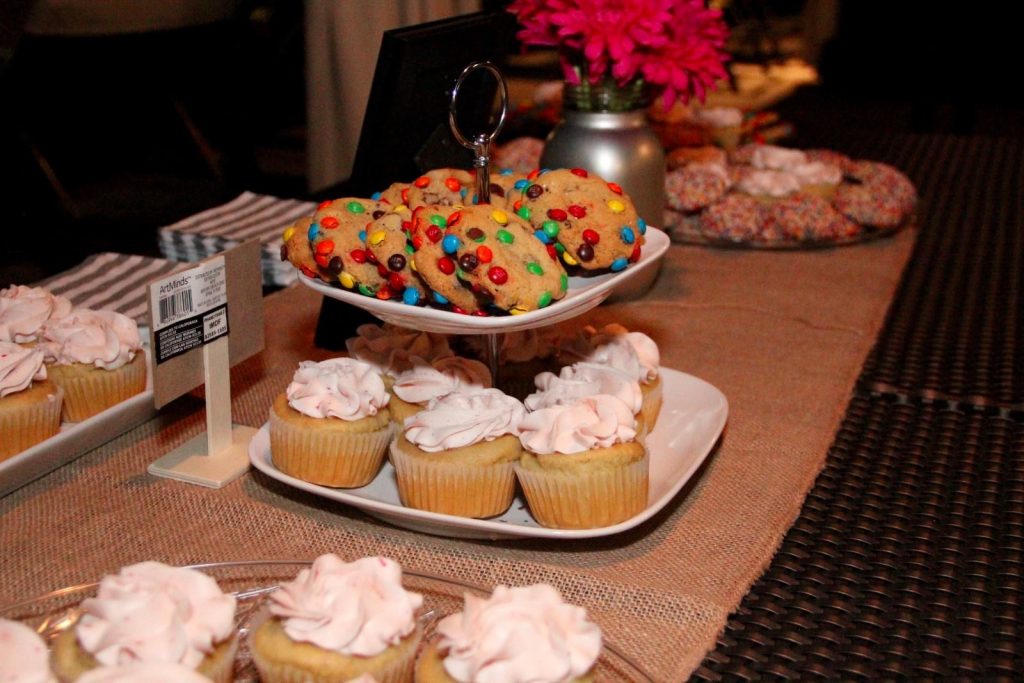 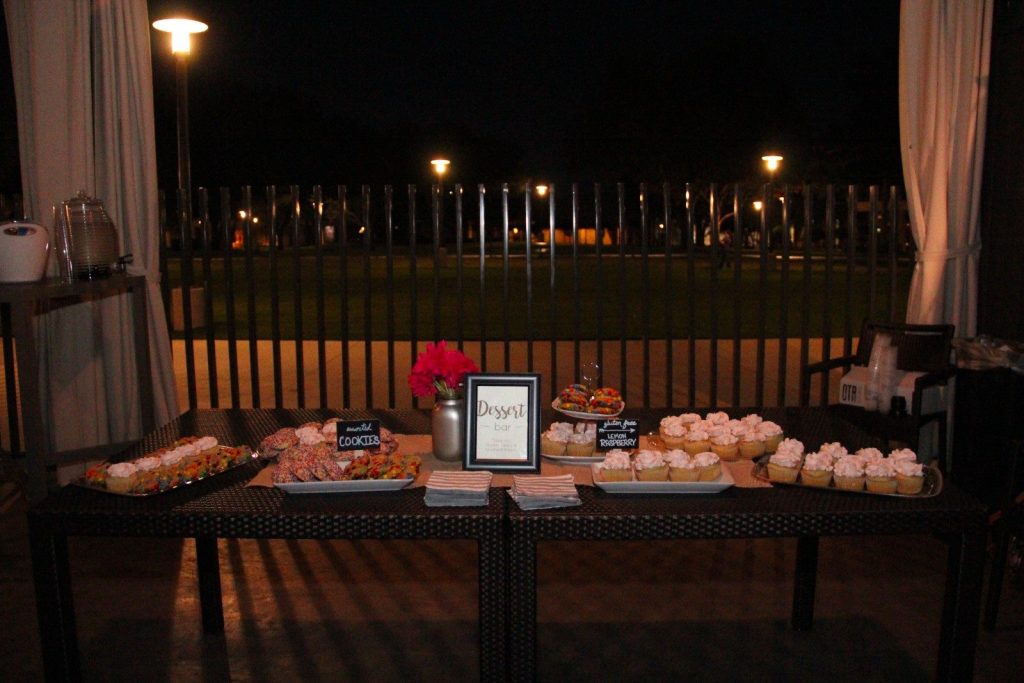 On The Rocks gave us some yummy cocktails to take home with us. If you’ve never heard of them, they’re based in Dallas and they’re an all-natural spirits company who sales pre-made cocktails by the bottle. Literally all you have to do with their products is pore them on rocks and enjoy! 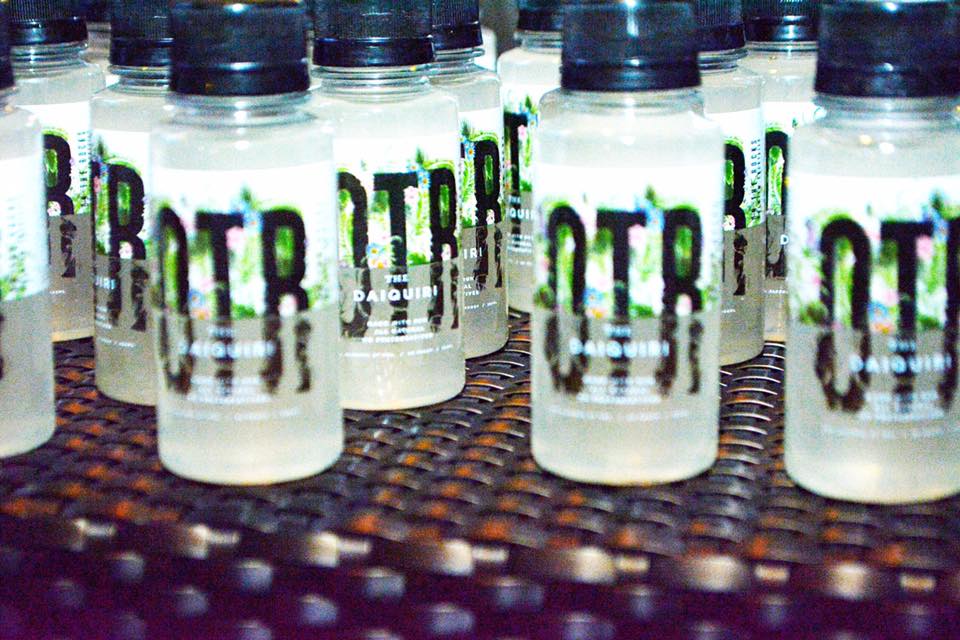 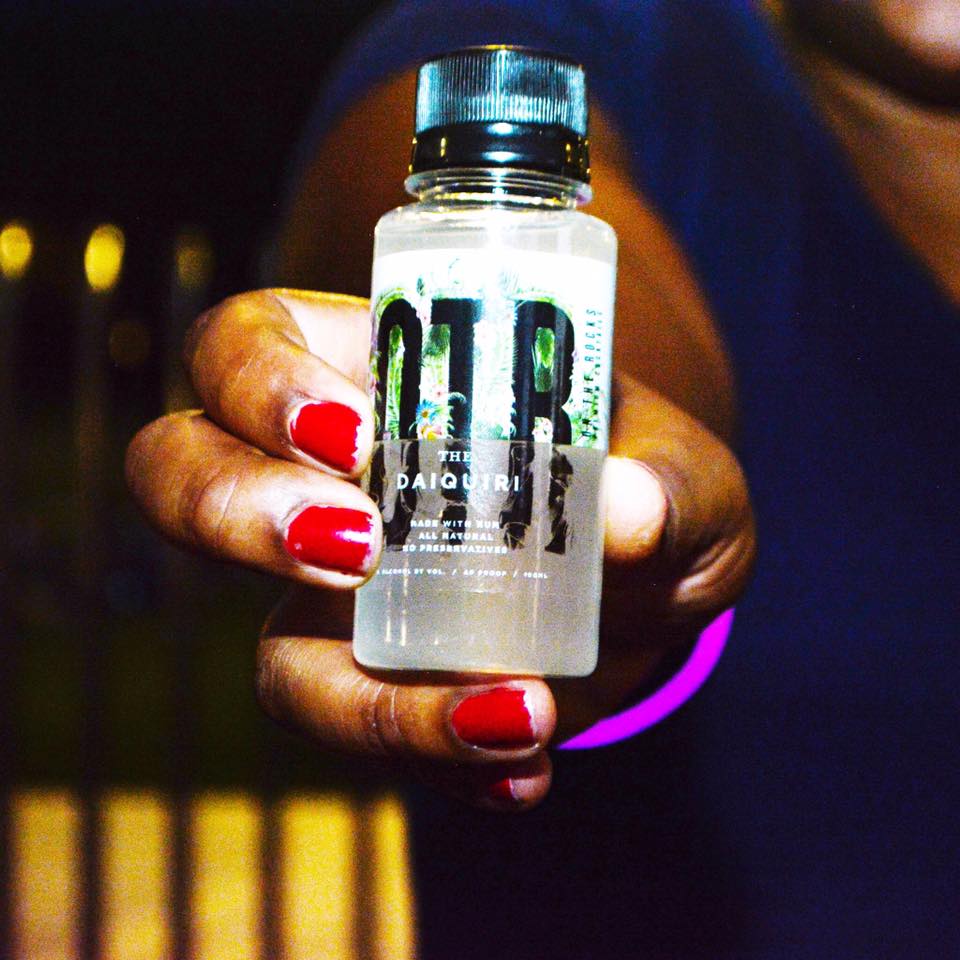 On top of all of that, we had an awesome girl by the name of Leona doing henna tattoos for everyone! She was so quick and her work was beautiful! Plus she had a super positive personality. I recommend her to anyone who wants henna!

As you can see, we had a blast at our Dallas Fitness Ambassadors Anniversary Party! The silent yoga disco was a really cool experience that hasn’t relaly been done in Dallas before. We’ve grown so much in the course of a year, I can’t wait to see what the next year has in store! Thanks to EVERYONE who attended! A special thanks to each of our sponsors: Hilton Anatole, Muscle Milk, Society Bakery, Core Power, Unrefined, Leona, On The Rocks, The Skin Space, Athleta, and Nike! We could not have done this without you! 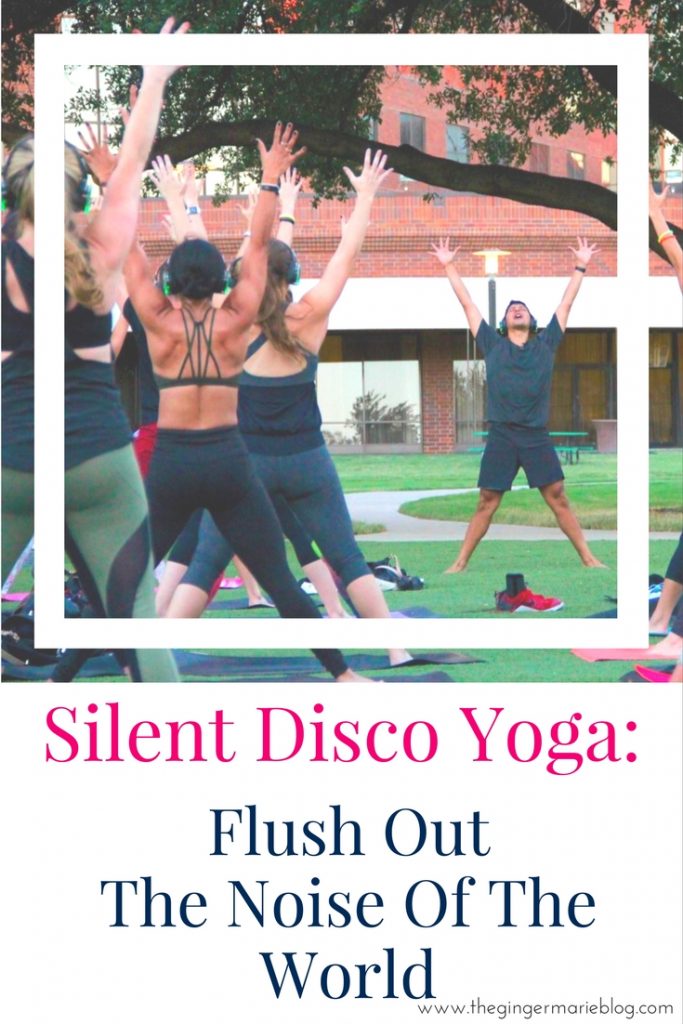